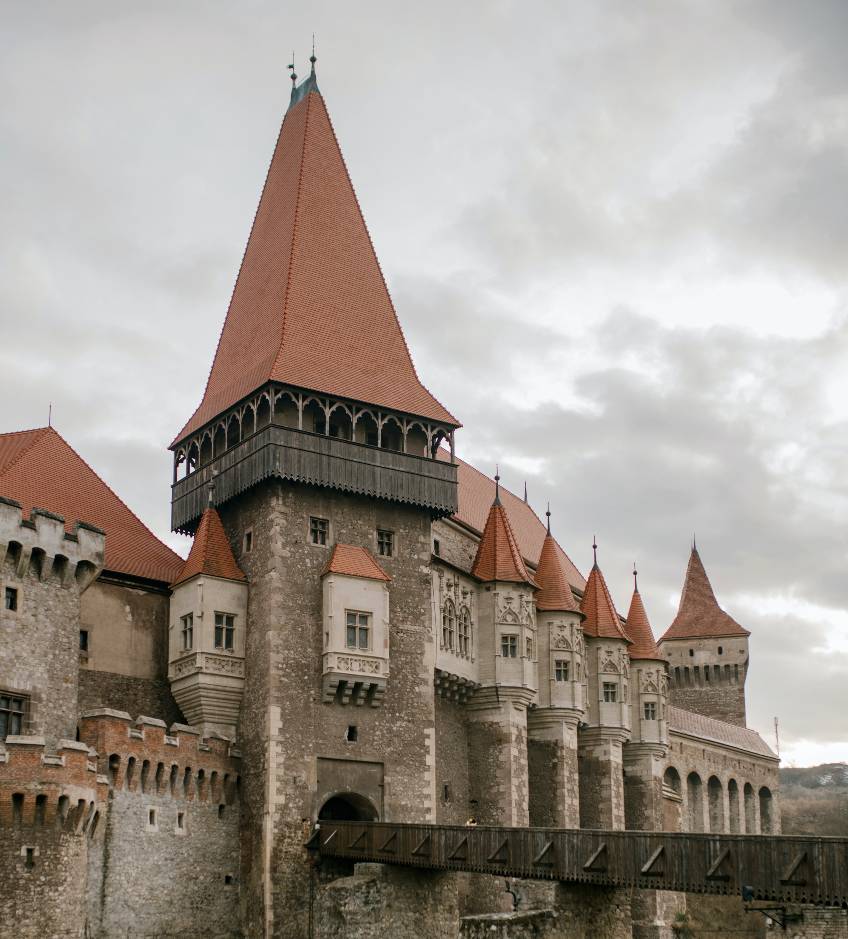 The largest Gothic church in Romania triumphs over the old town of Braşov. This German Lutheran church, built between 1385 and 1477, takes its name from its charred appearance after the great city fire in 1689. The restoration of the church took close to a century. Today it measures 65 meter high at the highest point of its bell tower. Organ concerts are held three times a week in July and August, usually Tuesdays, Thursdays and Saturdays at 6 p.m.

With wooded hills behind the thorny Gothic towers, St. Nicholas Cathedral is one of the most spectacular sights in Braşov. It was built of wood in 1392 and in 1495 was replaced by a Gothic stone church and later adorned in the Byzantine style. Once it was surrounded by fortified walls; the site now has a small cemetery. There are murals of the last queen and king of Romania inside, covered with plaster to guard them from the rampaging communist leaders, and were discovered in 2004.

Old Braşov was once surrounded by powerful fortified walls, 12 meter high and over 3 kilometer long. These defensive walls and towers were built in stages and completed in 1650 and were constructed in anticipation of Turkish attacks. Along the western section is the fort’s most popular viewing area – it runs along a stream as well as the pedestrianized street Dupa Ziduri.

If you have ever wondered how goat hair and hemp was transformed into traditional scarlet and white Transylvanian clothing, you’ll find the answers in this exhibition room next to the Art Museum. Beyond the looms, local folk customs are shown, including village dances videos. The audio-visual language is only available in Romanian, but there is a laminated document in several languages to take away.

Mount Tâmpa, 940 meter high and visible around Braşov, is adorned with its own Hollywood-style panel. Difficult to imagine, it was the site of a massive impalation of 40 nobles by Vlad Țepeș. Get rid of those scary images from your head by getting on the cable car or walking (about an hour) to reach a small observation deck that offers breathtaking views of the city. There is a cafeteria upstairs.